The department was housed in the spacious offices and historic atmosphere of Hart Hall from 1920 to 1987. In that year the department moved to UCD Food and Agricultural Sciences Building, which was renamed on April 15, 1989 as Mayer Hall after the legendary Animal Science professor, Dr. James H. Meyer, a faculty member and department chair, went on to become dean of the College of Agricultural and Environmental Sciences and chancellor of the campus for eighteen years.

Our Horse Barn has been a mainstay of the University of California, Davis since its foundation in the early 1910s. The Horse Barn began as a carriage house for draft horses and mules used in agricultural work for the university. It later became a remount station for the US Army, standing several stallions including the thoroughbred stallion Gunrock, son of Rock Sand and relative to the famed Man O'War. He started as the mascot for the men's basketball team in 1924 and later served as the official mascot for the University.

A number of campus buildings bear the names of distinguished departmental faculty. Regan Hall was named after W.M. Regan, an expert in dairy cattle, and Hughes Hall after E.H. Hughes, a specialist in swine production. Hart Hall commemorates G.H. Hart, department chair for 22 years, who contributed significantly to the development of scientific emphasis in departmental teaching and research and later became the first Dean of the School of Veterinary Medicine. H.H. Cole (Cole Facility) and M. Kleiber (Kleiber Hall) helped establish the campus as a center of excellence in reproductive physiology and energetics, respectively. V .S. Asmundson (Asmundson Hall) was an early pioneer in poultry genetics. J.M. Meyer (Meyer Hall), a faculty member and department chair, went on to become dean of the College of Agricultural and Environmental Sciences and chancellor of the campus for eighteen years. 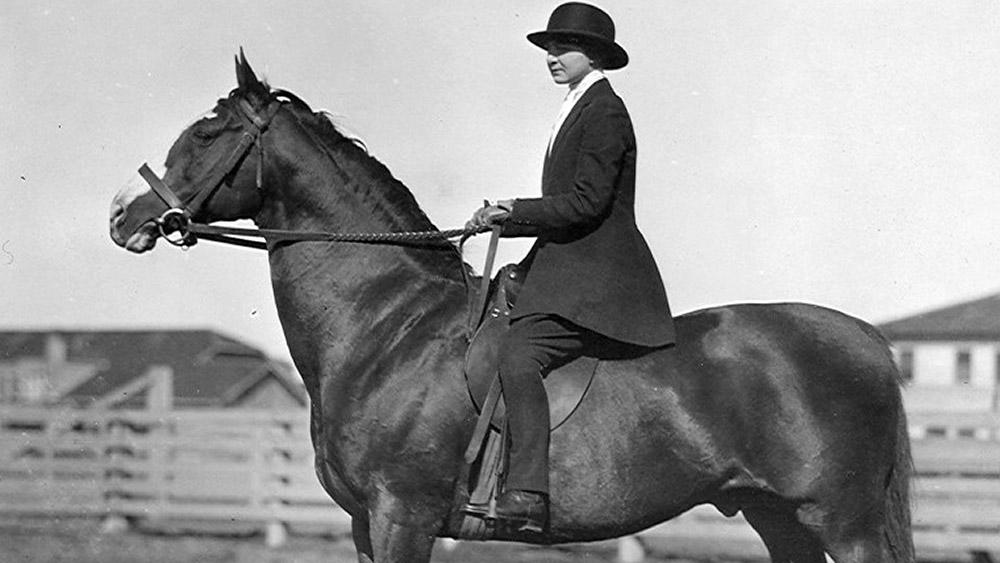 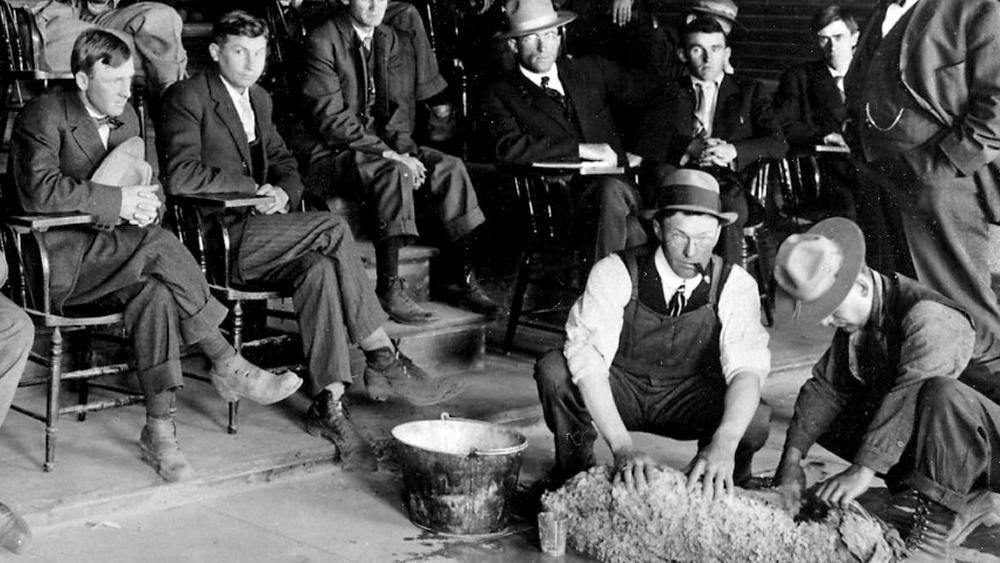 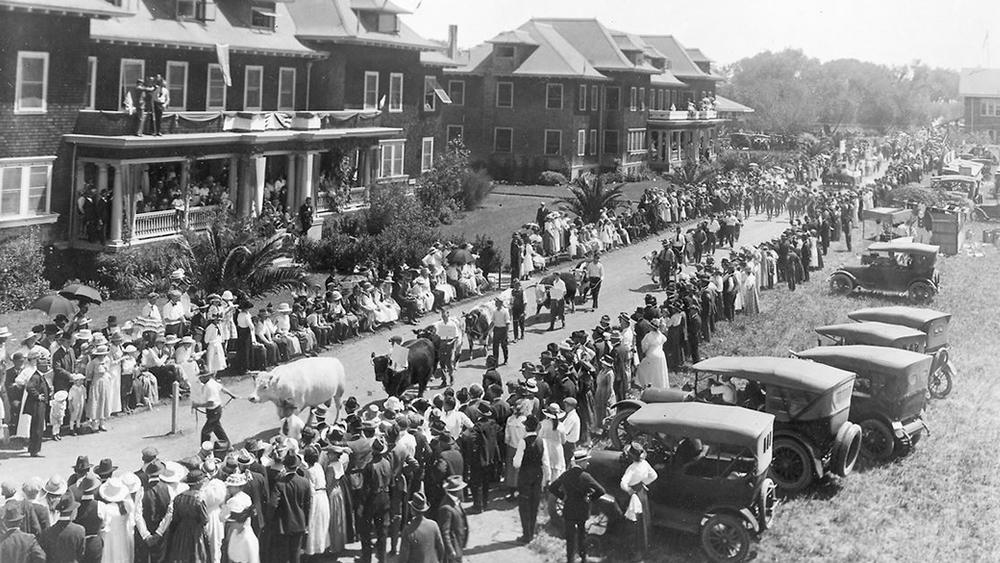 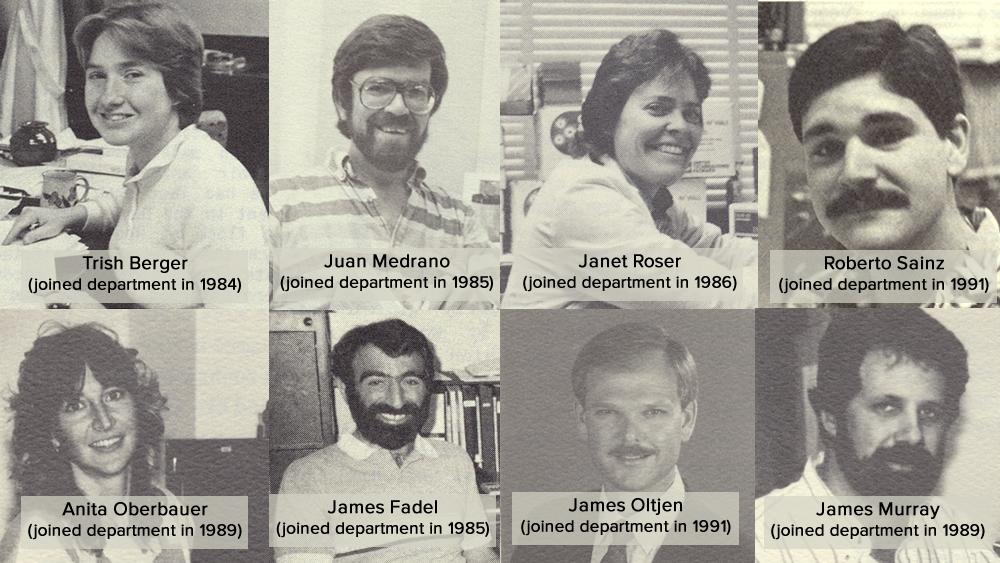 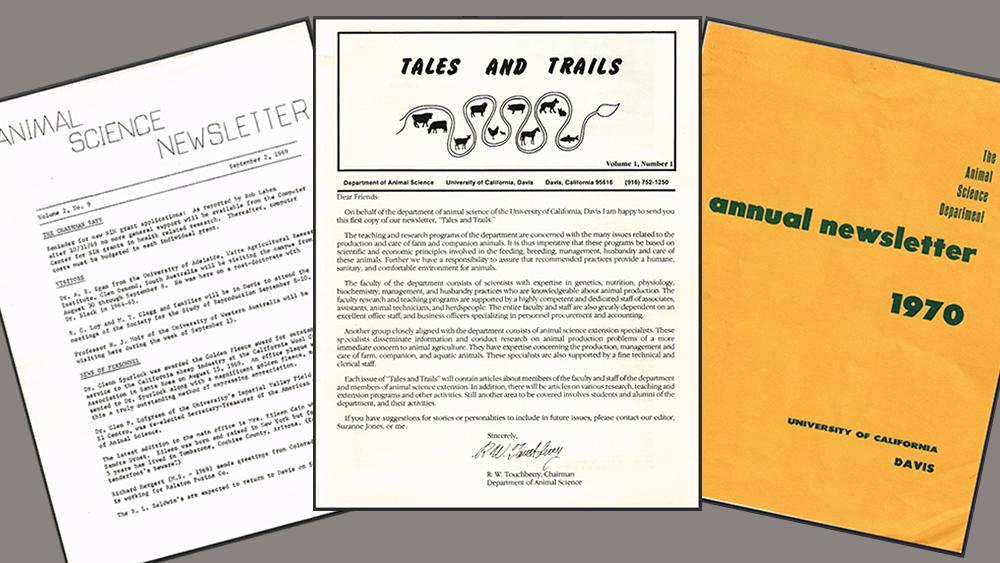 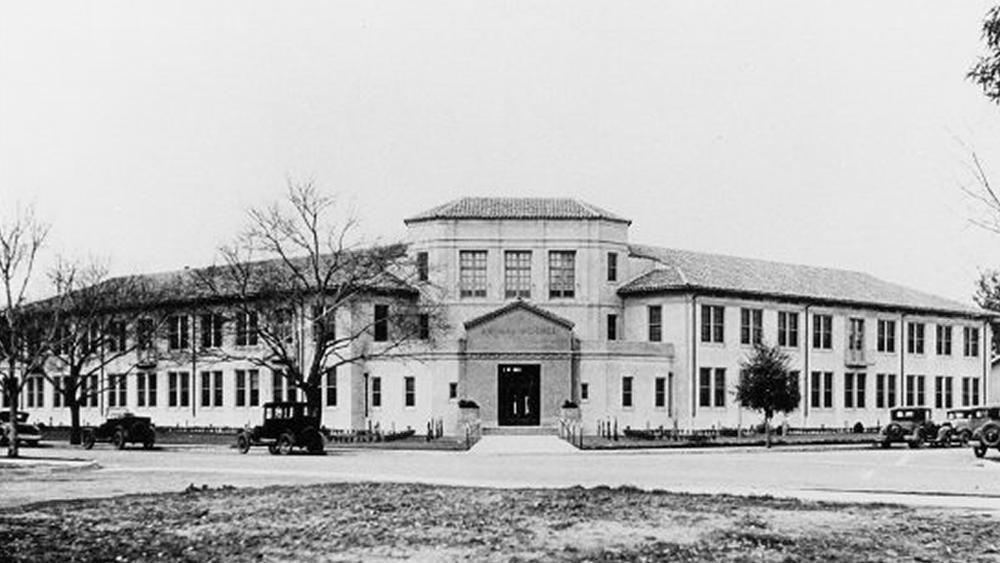 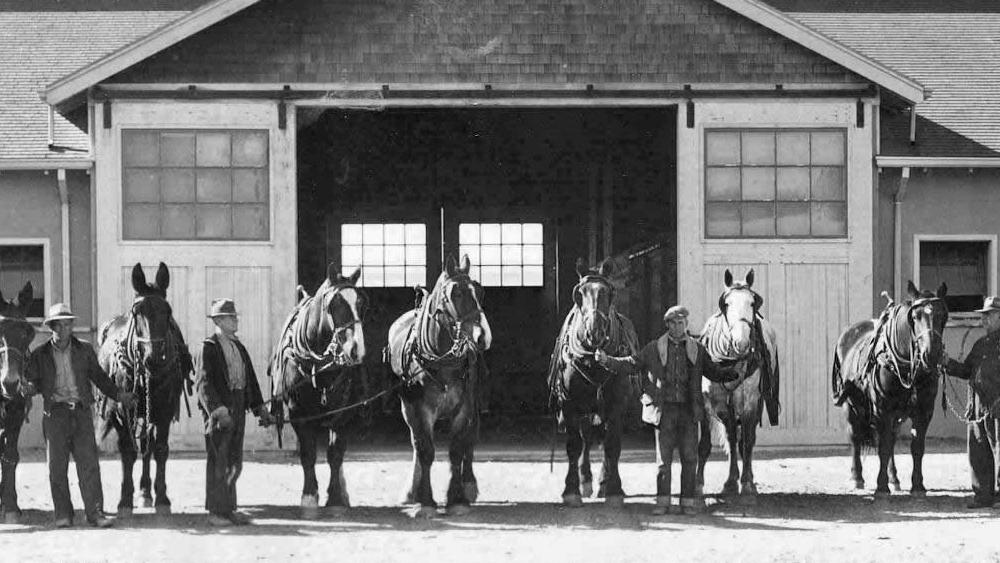 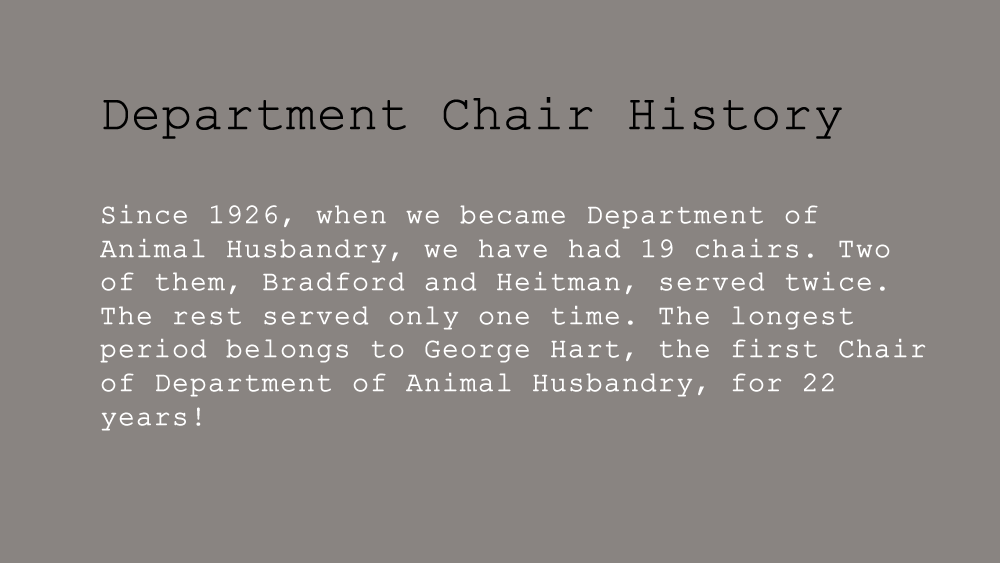 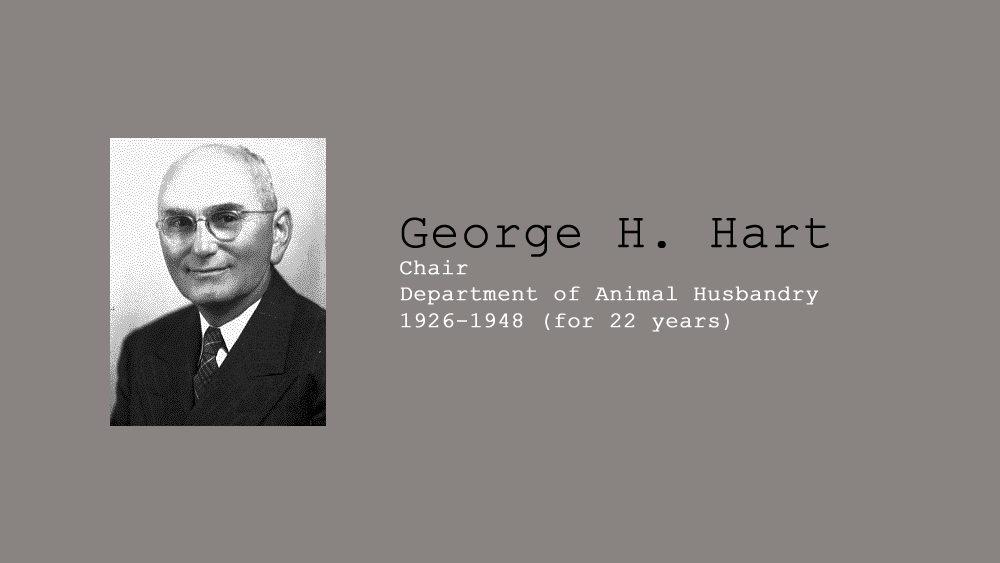 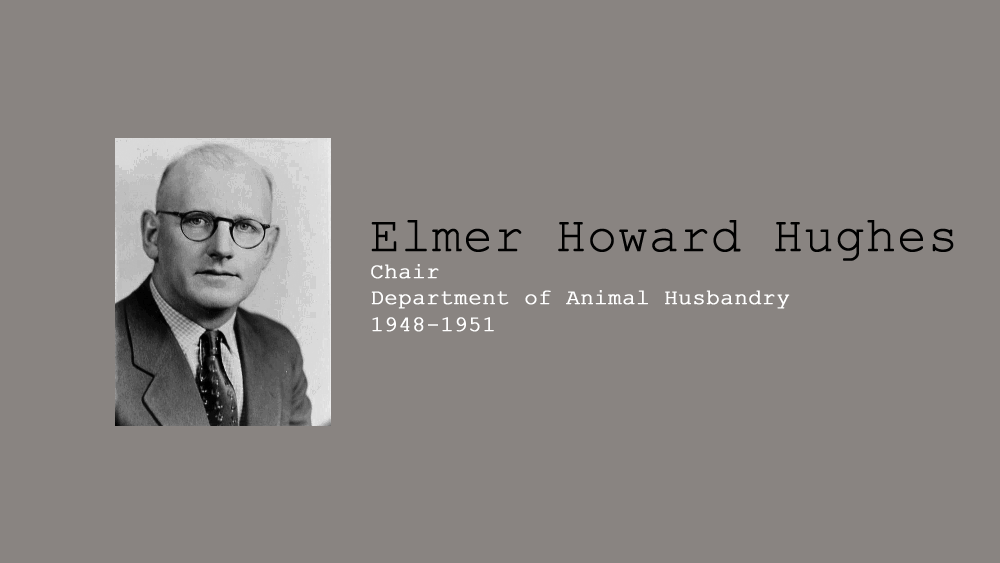 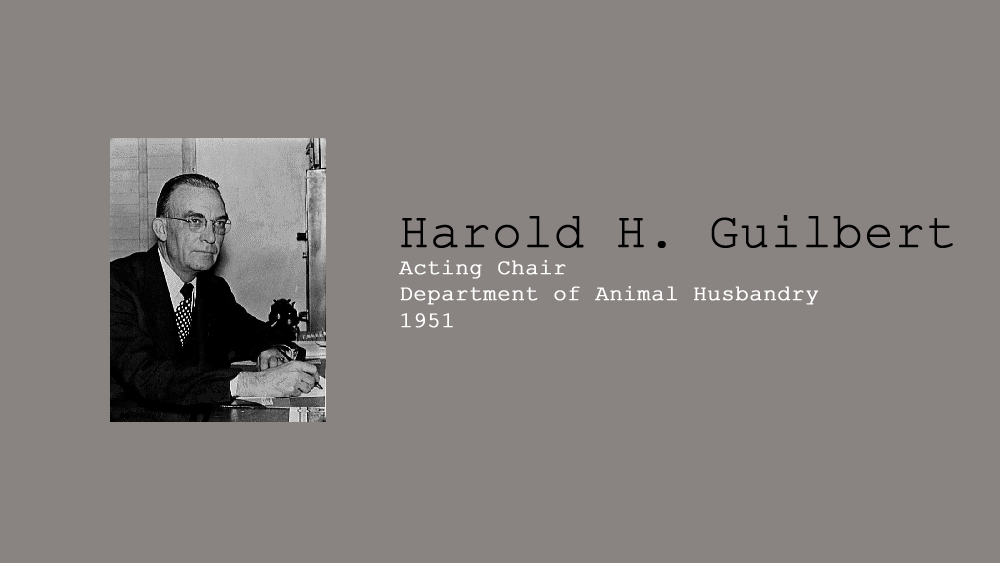 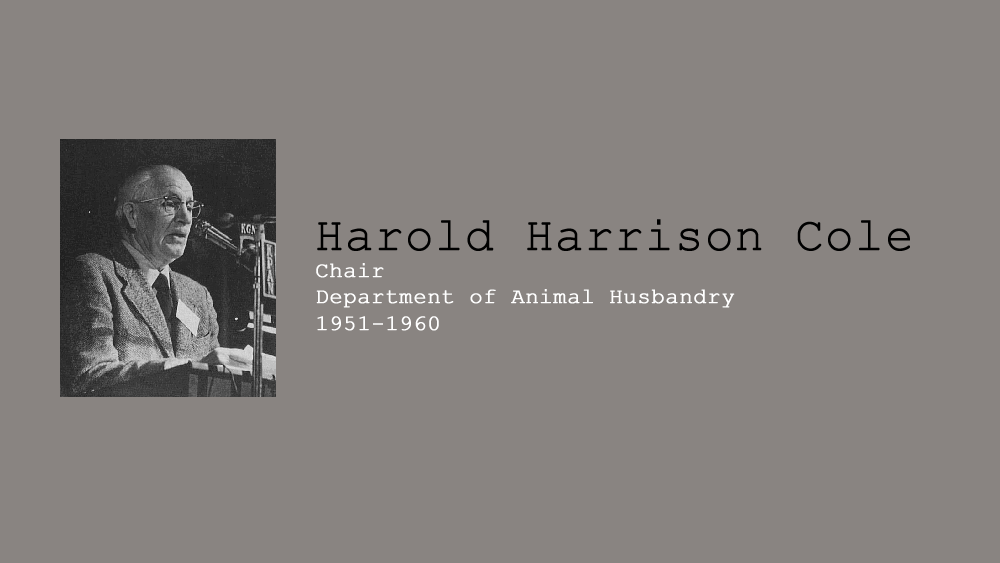 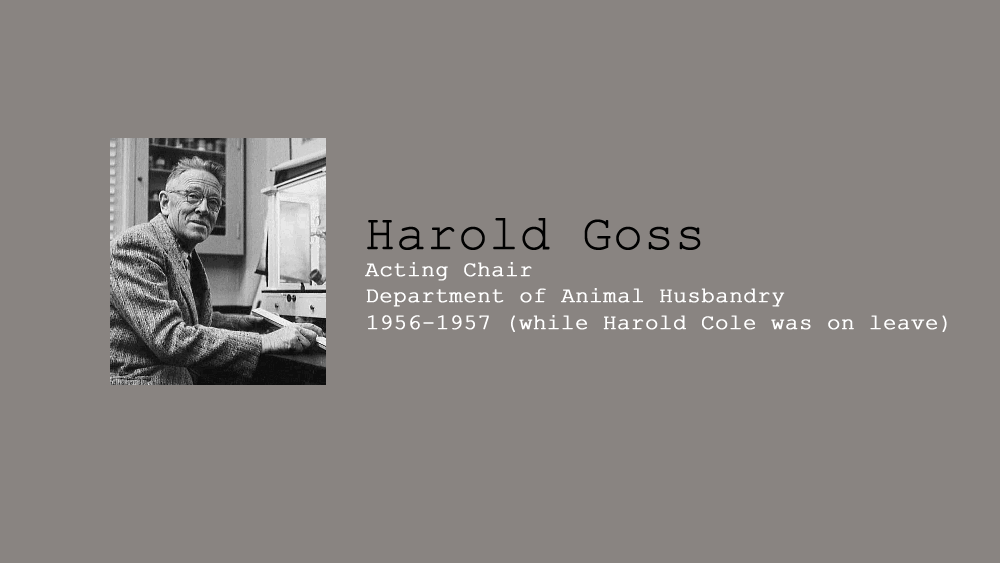 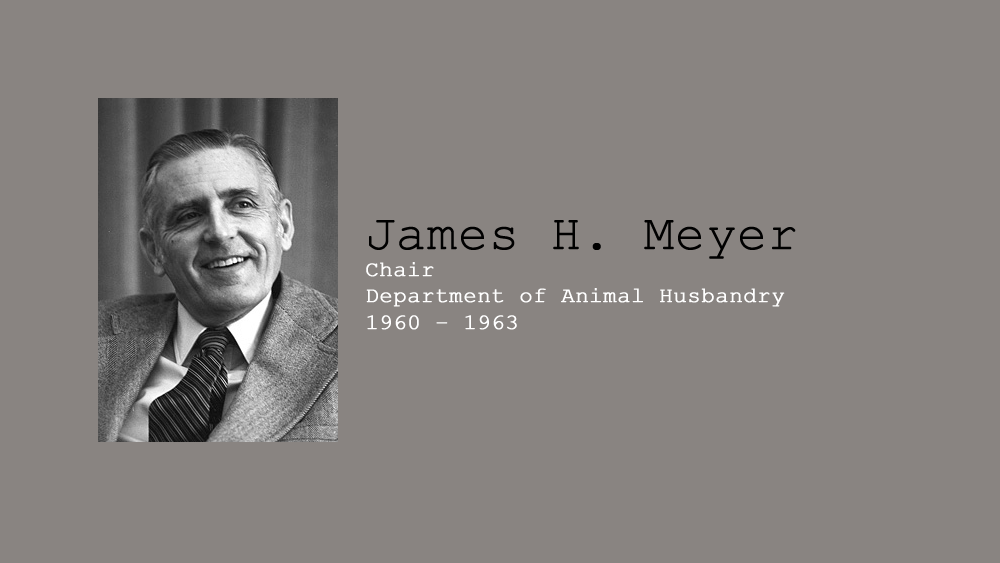 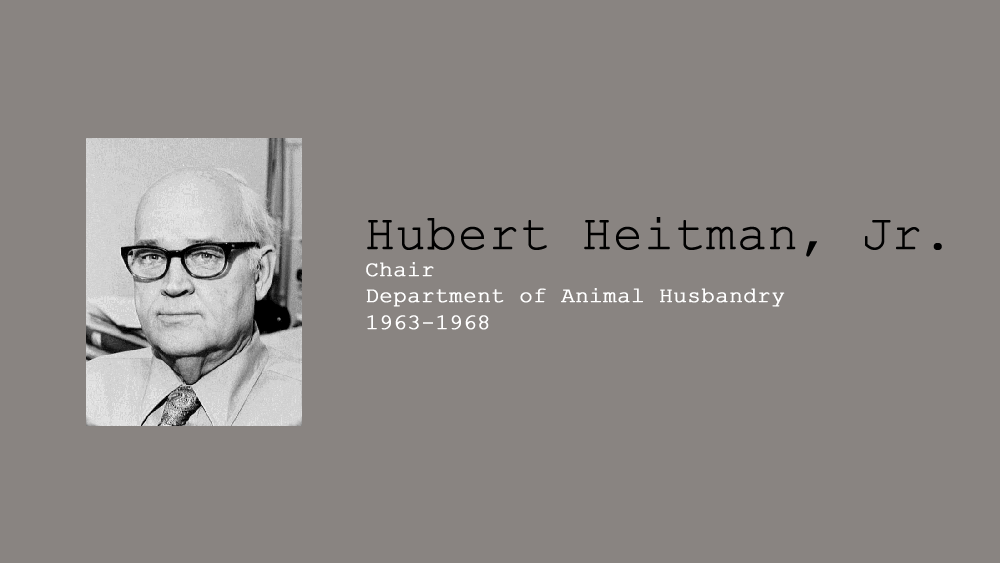 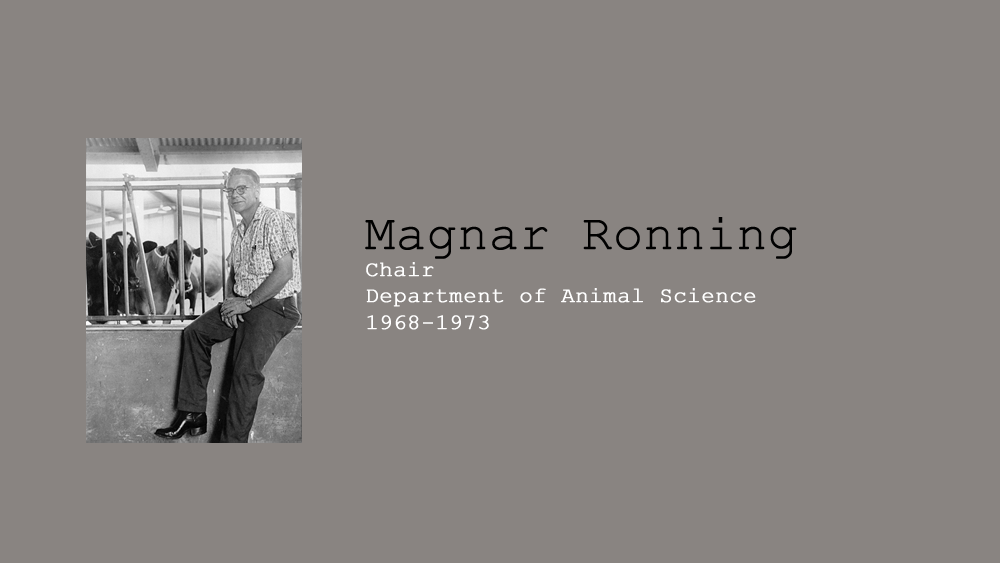 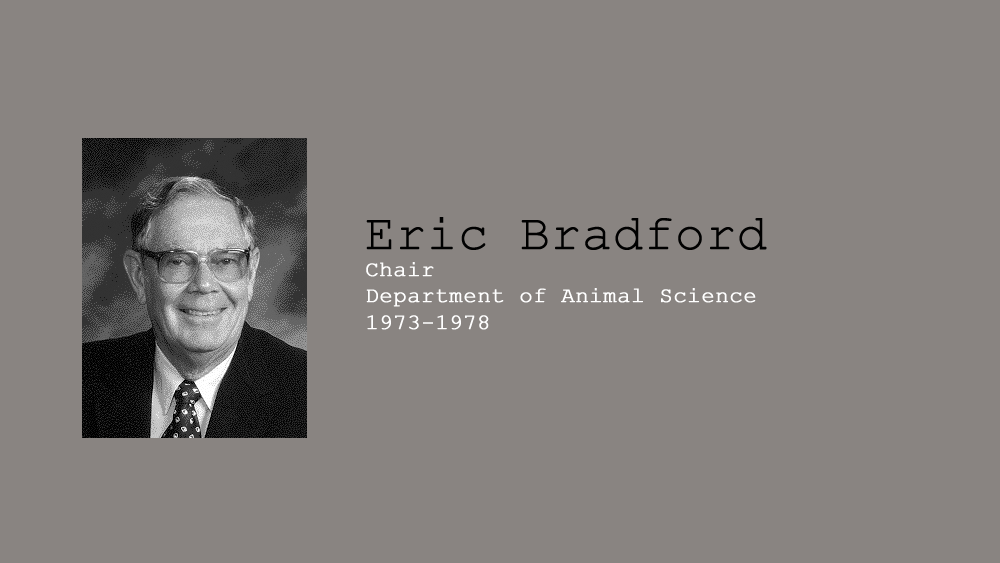 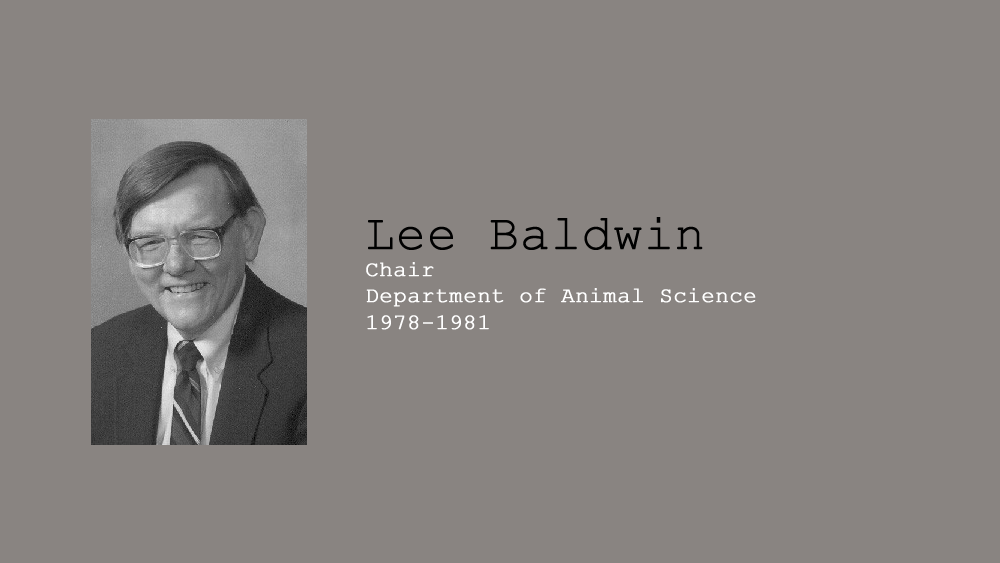 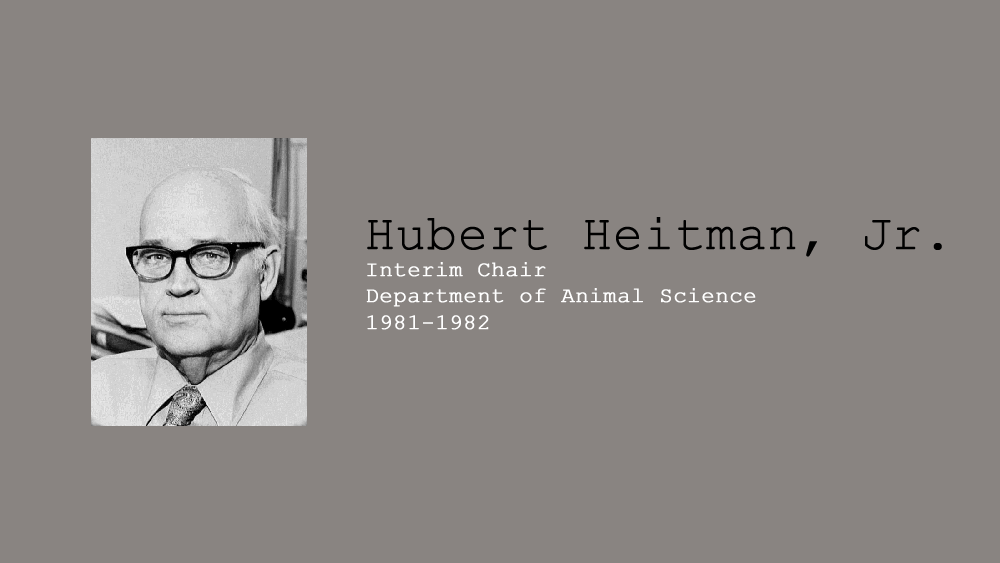 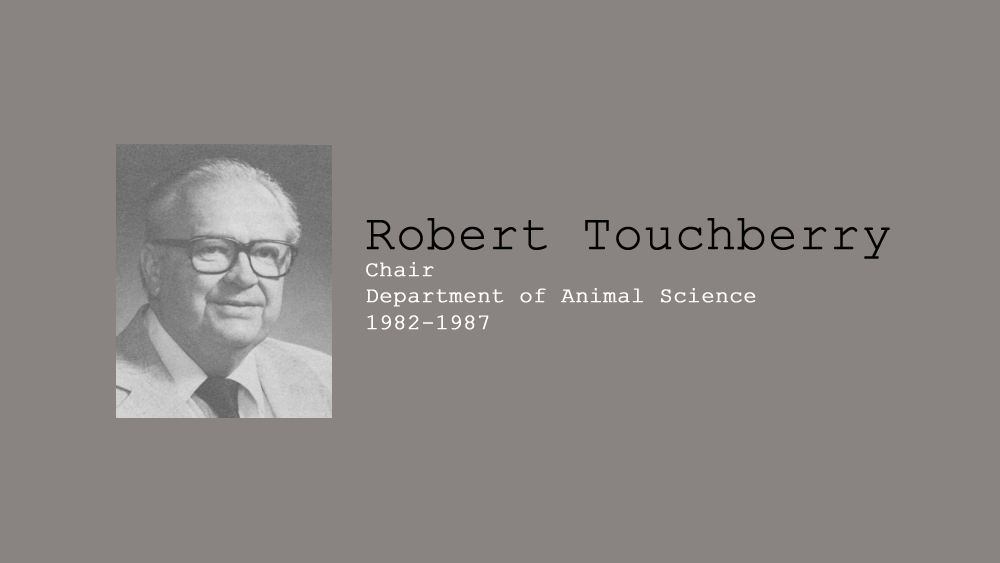 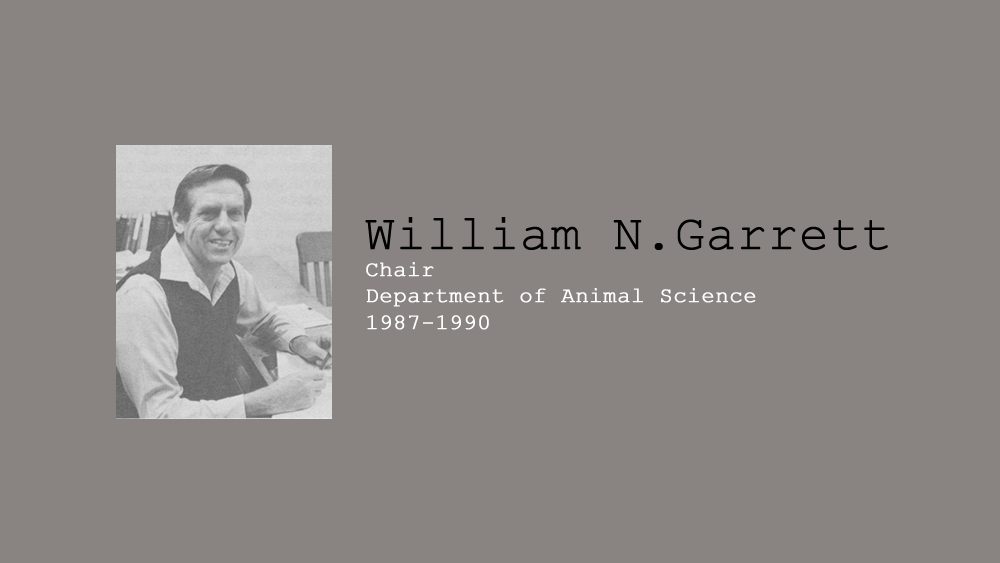 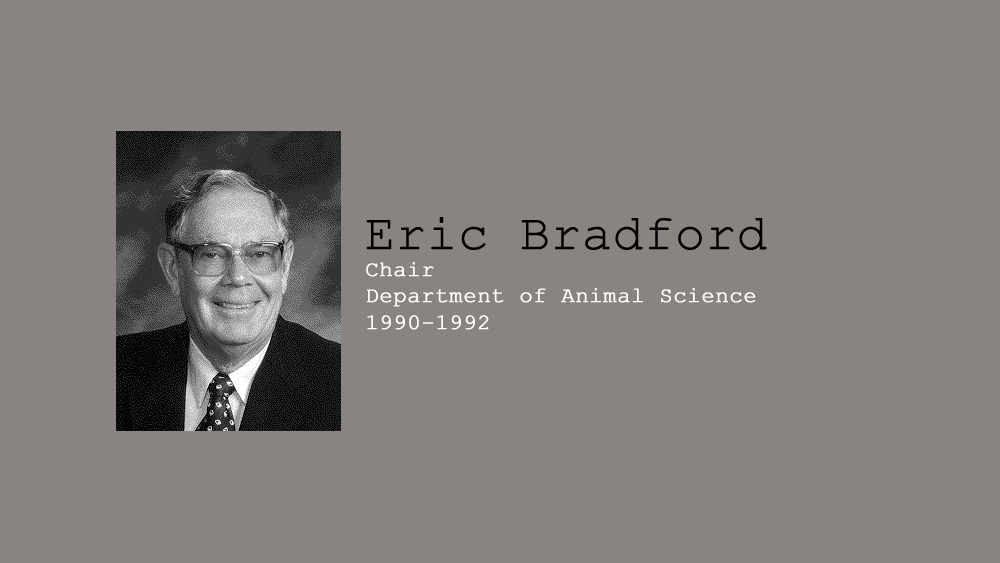 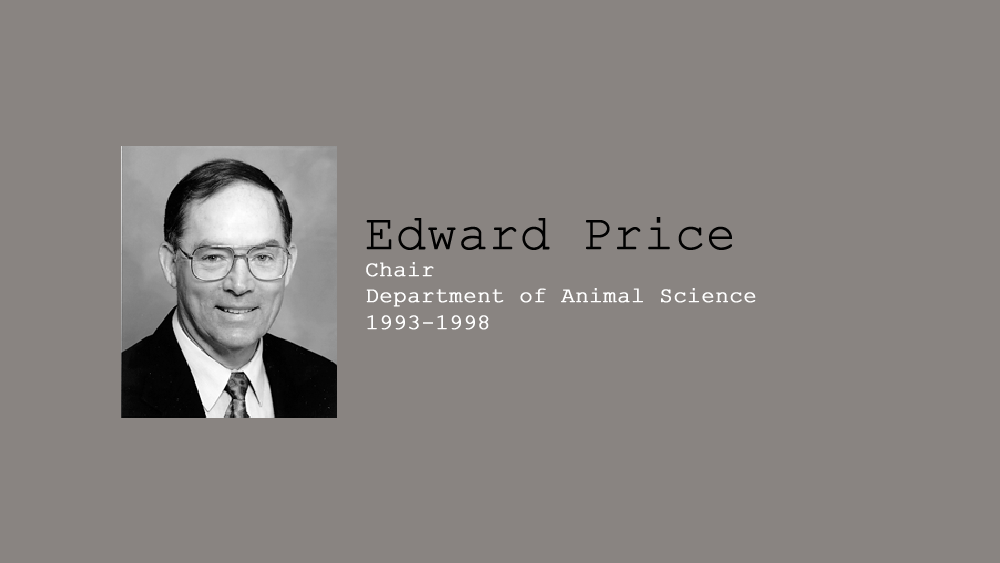 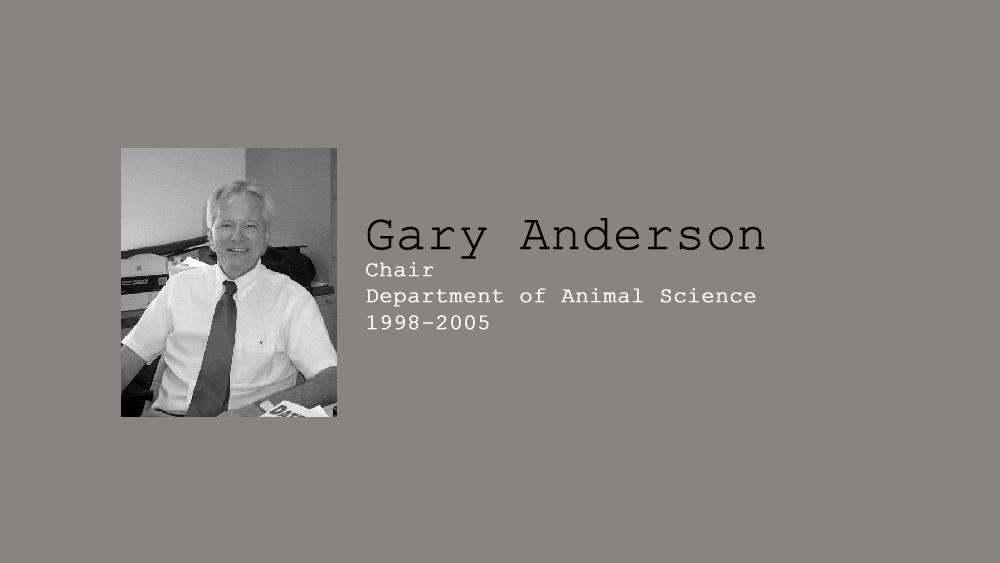 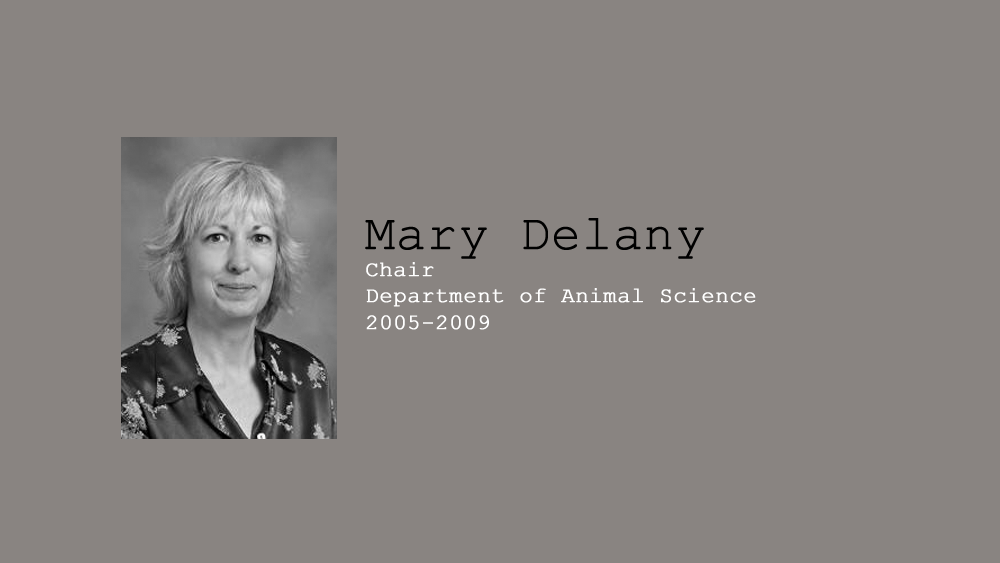 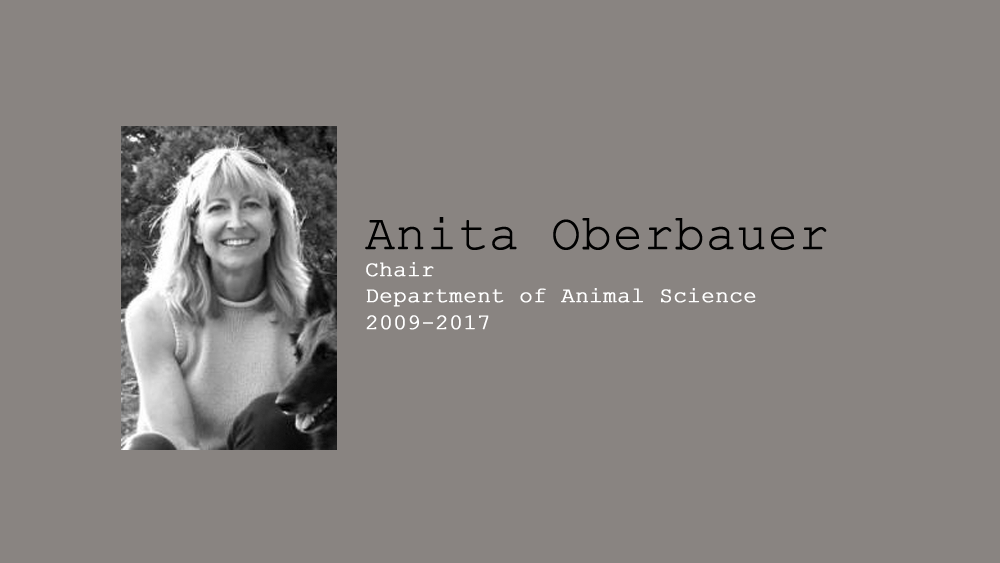 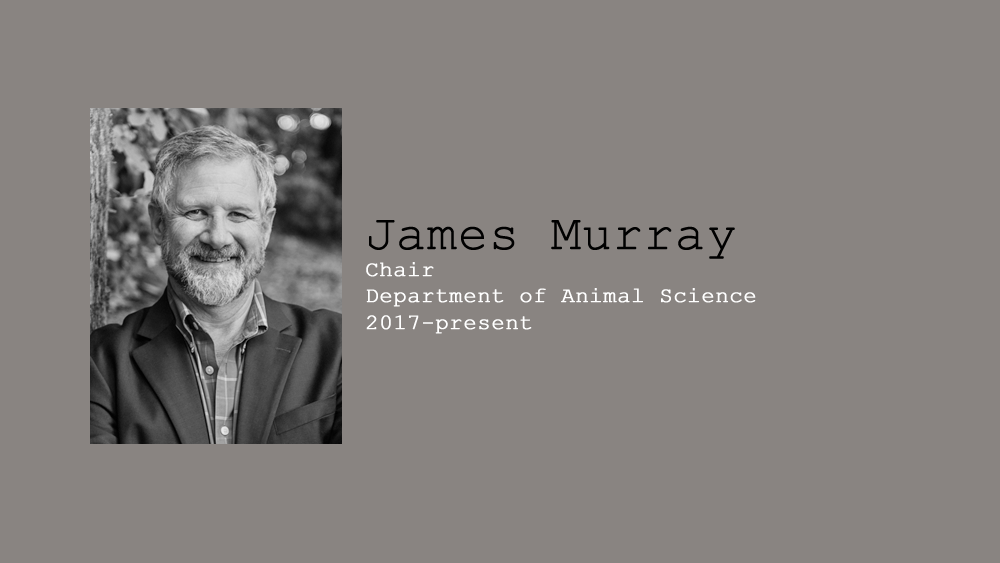