IT'S HOT AT EL CAMPEON FARMS, even for early August. A hard wind accompanies the heat, blowing through the Conejo Valley, where this horse ranch sits in Southern California. Abby Followwill is saddled on a horse named Vince. His golden-brown coat and blond mane stand out against the saturated blue sky and dusty corral where Followwill is training with him.

She is tall and lithe, with matching blond hair tucked into her helmet. Vince looks small under her, and though he is young, Santa Cruz Island horses tend to run small. They’re also known to be easy-going and carry a hardiness, all formed by generations of living on the rugged island, one of the Channel Islands off the California coast.

In one hand, Followwill cradles a lariat and whips the loop above her head, aiming for a cow-skinned sawhorse. Vince looks, but he doesn’t flinch as the rope hooks the plastic horns attached to the wooden legs.

“That was exactly what I was looking for with Vince, for him to just be totally comfortable with me doing a job,” Followwill said. “It’s just about finding that harmony between myself and Vince.”

Harmony is what Santa Cruz Island horses have been looking for since being removed from the Channel Islands in the early 2000s. The horses had been there for more than a century, living relics from the time of the conquistadors, evolving to become as unique as the island itself. But after years of surviving in isolation on the island, the breed is teetering on the brink of extinction here on the mainland.

Their unique history and characteristics have led to an effort to save the breed. Amy McLean, a researcher at the University of California, Davis, is working with Lou Gonda of El Campeon Farms to find the right way to do that.

Fifteen horses came off the island, leaving the breed with an incredibly small gene pool. Estimates have the breed at 60 horses now, but they’re spread across the country with herds in Florida, Northern California and at El Campeon Farms in Thousand Oaks, California, where 20 now live.

McLean is working not only to save the breed, but also improve it. Island isolation proved to be a double-edged sword: While Santa Cruz Island horses have developed desirable traits such as a docile nature and small stature, they also carry with them the repercussions of inbreeding in their long pasterns and loins — areas that should be short and strong.

“When we find groups of horses, or any types of animals, living on an island, there’s a lot of restrictions,” McLean said.

They also have trouble reproducing, a result of generations of inbreeding — an obvious hurdle to saving the breed. Stuart Meyers, a veterinarian and professor of anatomy, physiology and cell biology in the UC Davis School of Veterinary Medicine, said that Santa Cruz Island stallions produce more abnormal than normal sperm. For every 100 fertilized eggs, only 10 to 20 live foals are born. The average rate of embryo viability in horses, overall, is 50 percent.

“In the laboratory, we’re trying to figure out what is wrong with those embryos by looking at early cell division — or mitosis — which is critical in embryonic development,” Meyers said.

The researchers’ job is made more difficult because the oocytes, or eggs, of the horse are optically very dark, making it impossible to peer into them with a regular microscope. With the help of new equipment purchased with a generous gift from Gonda and other donors, Meyers and colleagues are using infrared and fluorescent light to image the eggs. But the remaining Santa Cruz Island horses won’t be able to increase the breed’s ability to reproduce, at least not on their own.

“We have nowhere else to go,” McLean said. “We have to go outside of this breed if we want to save them.”

When it comes to defining a breed of horse, it’s the phenotype — the way a horse looks and acts — that categorizes it, and not specific genes. McLean is working to find a breed of horse that not only looks but also acts like the Santa Cruz Island horse.

Jim Murray, geneticist and chair of the UC Davis animal science department, said that Lusitanos and Andalusians are likely the most appropriate horses to outcross, or breed, with Santa Cruz Island horses to introduce new genetic material to their breeding line.

To establish a genetically diverse and viable breed, Murray says 100 to 500 breeding animals are needed. “We need to spread their genetics around while maintaining their phenotype — and you can’t do that with a small number of horses,” he said.

According to Meyer, after one generation of offspring from an outcross, researchers will be able to improve the reproductive health of the Santa Cruz Island horses.

The fate of the Santa Cruz Island horse will depend on more than its ability to broaden its gene pool. Ultimately, there needs to be a reason why people would want this horse.

“I don’t think this is rocket science; these animals simply lack genetic diversity,” Murray said. “The biggest challenge is probably going to be in establishing the economic value of this horse.”

Back in the corral at El Campeon Farms, Followwill and Vince retrieve the lasso from the sawhorse. They’re surrounded by barrels, vinyl signs and other obstacles that make up a trail course, which is full of stuff designed to spook a horse. It’s not a stretch to call this scene a metaphor for the breed, as it navigates genetic obstacles while trying to rope itself a following on the mainland.

Followwill has participated in horse shows throughout Southern California, riding a horse named Cochise, showing off the breed’s natural fit as a ranch or trail horse for those wanting a less intimidating ride.

“Every single show we’ve gone to we’ve had a handful of people who come up and want to take pictures with him or they just want to hear his story, and you know, they think he’s absolutely just adorable,” Followwill said. “It’s been a really good reaction so far.”

“The whole point of all of this is that we have to build a reputation for them and for our farm,” said Christine Reich, a driving force at El Campeon Farms, where she manages the ranch and markets the horses. “And when the young horses kind of come online and they’re ready to be sold, people already know ‘Oh, these guys they’re such good horses: They’re quiet, they’re sturdy, they have good minds, they’re cute movers.’ To me that means we’ve done our job, like we’re absolutely successful, and really have built a market for them.”

This Spring, two foals crossed from Santa Cruz Island mares and Lusitano stallions will be born at El Campeon Farms. They will nicker to their mothers and rise wobbly on their thin legs, searching for firm footing in the world with the weight of preservation saddled to them.

Saving this breed will be a long ride, dependent on many more advocates and breeding strategies — maybe even cloning. But for now, McLean is focused on two baby horses who will hopefully carry all the good the Santa Cruz Island horse is known for, leaving behind the bad that came with island isolation.

“I would like for us to produce healthy horses that live a long time,” McLean said. “And I just hope they find their purpose and their way.” 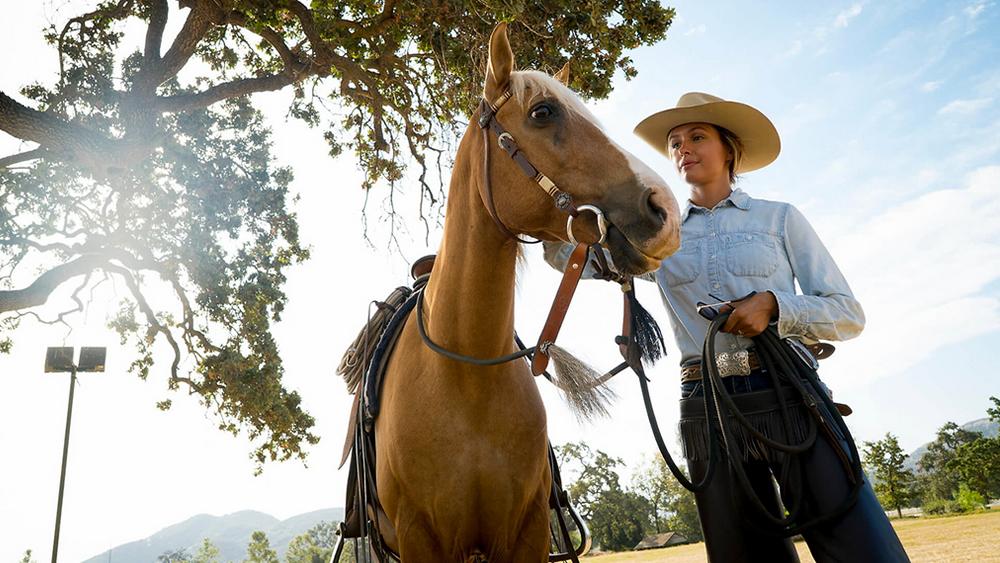 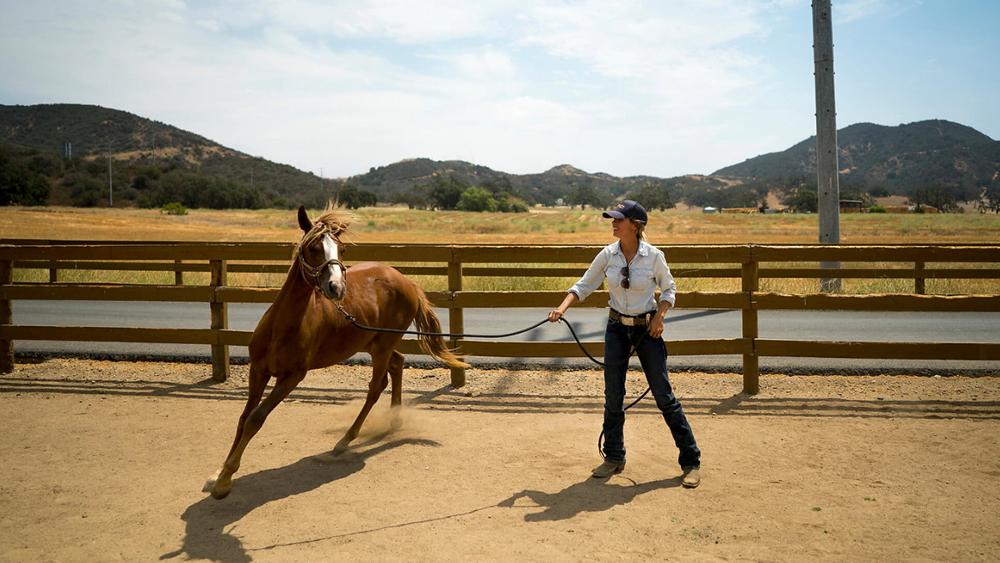 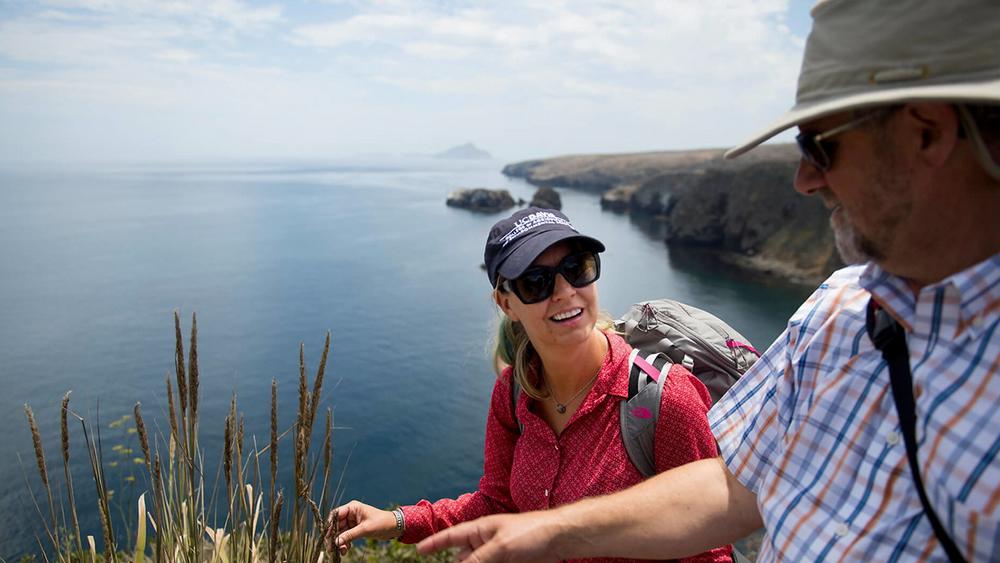 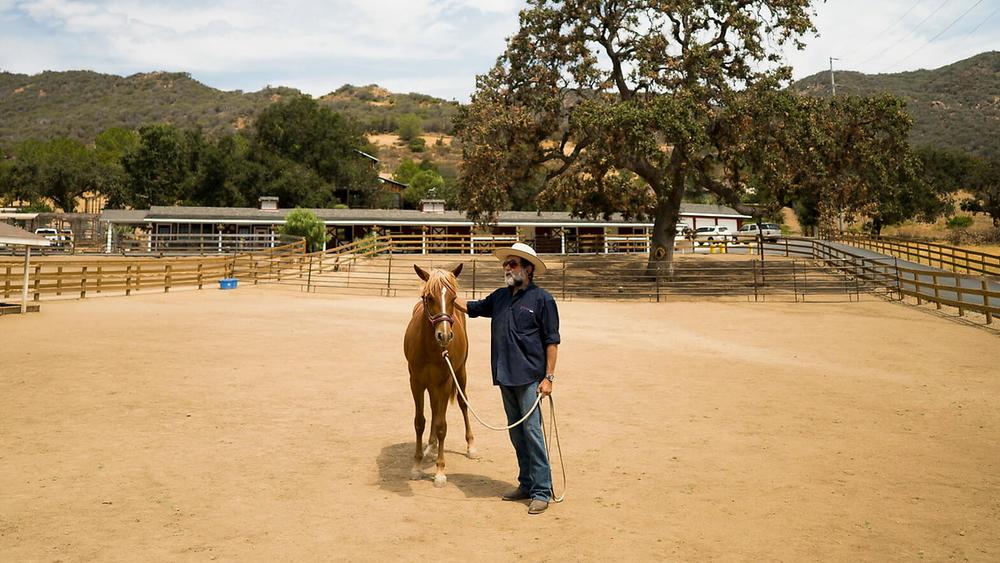 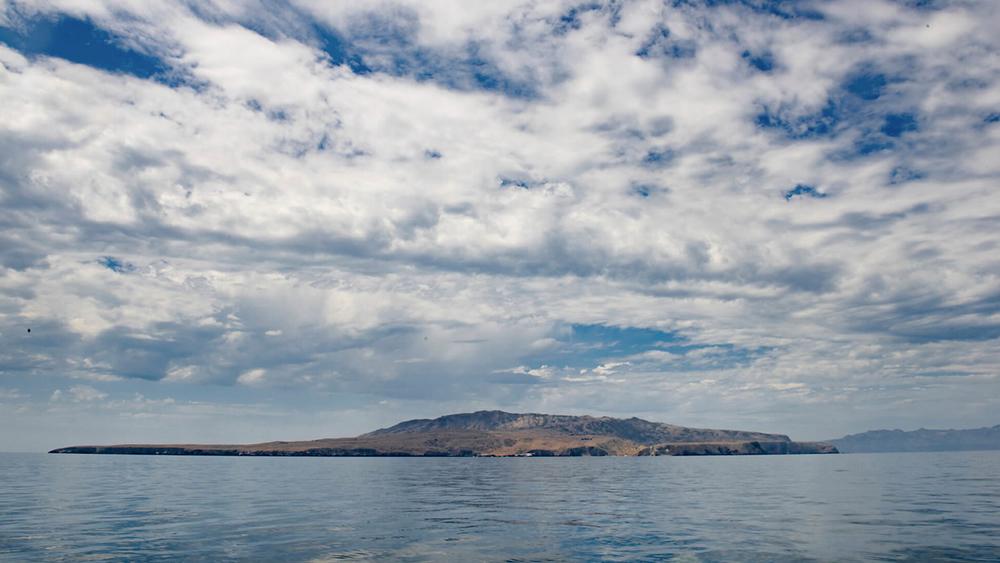 Santa Cruz Island is part of the Channel Islands, sitting 20 miles off the coast of Ventura, Calif. Until the early 2000s, horses and sheep lived on the island, which is operated by The Nature Conservancy and the U.S. National Park Service. Photo by Joe Proudman. 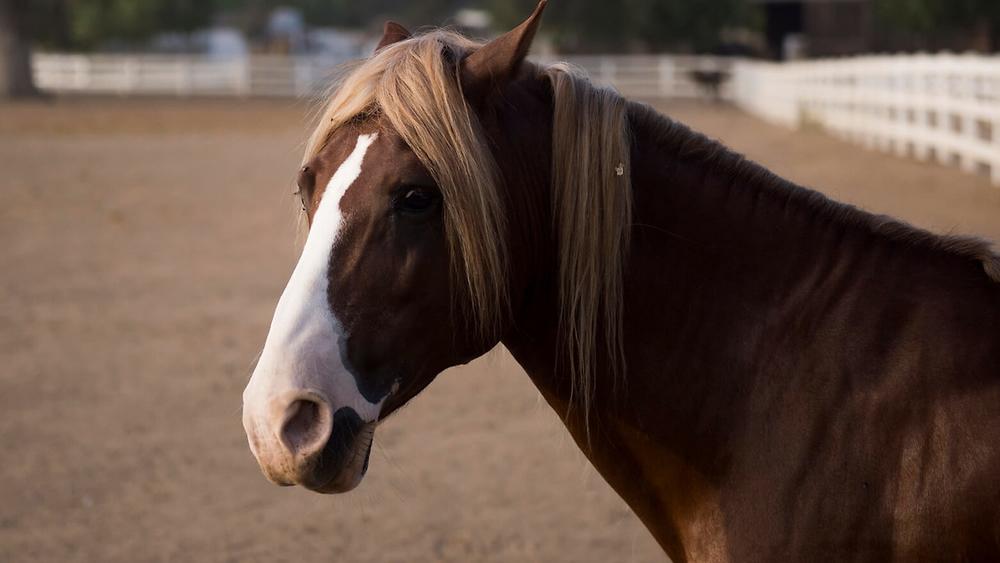 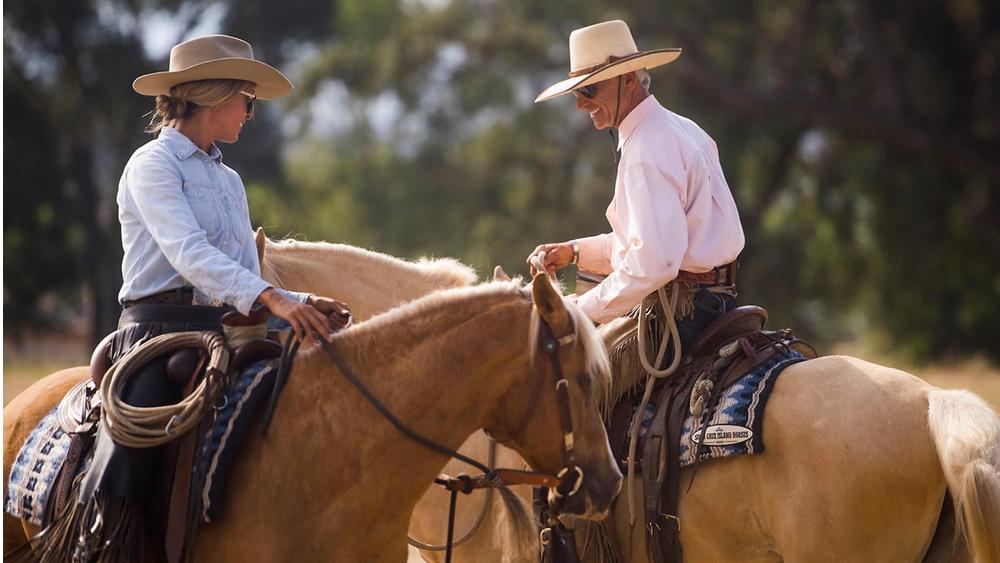 Inside the Kueltz Lab at UC Davis