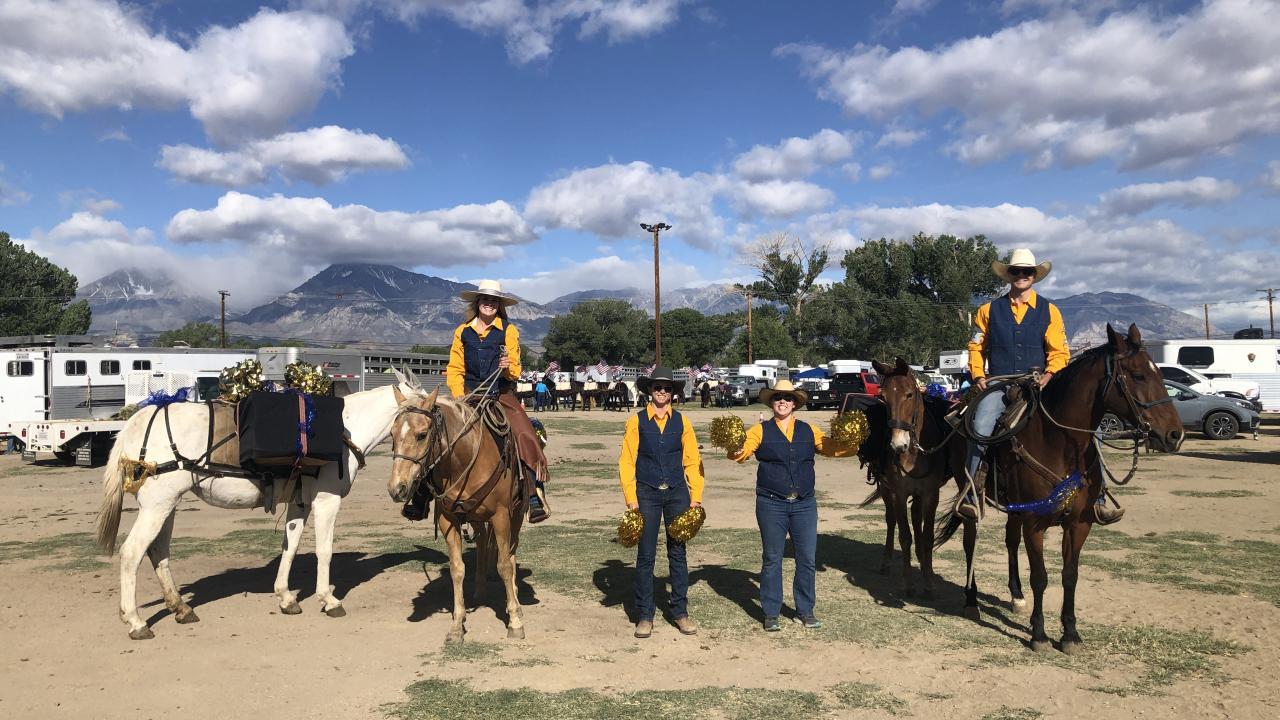 Originally posted to the College of Agriculture and Environmental Studies on June 7th, 2022.

Imagine securing a cooler, two loaded duffle bags, a bed roll and a trash can onto two mules and leading them all by horse the length of a football field.

How long do you think it would take?

The biggest challenge is keeping a load of equipment typically reserved for camping or backcountry work all in place on a moving mule. And doing it fast.

“If it’s not tied on correctly or tight, then it’s all going to come off,” said Renner, a fourth-year nutrition science major.

The team missed competing the prior two years because of the pandemic but they practiced and found their strengths for a winning return to Mule Days. “We knew the strategies to be faster and more competitive,” Renner said.

Mule Days have been held in Bishop, California, every Memorial Day for more than 50 years. It’s the go-to place to see world champion animals in competition, plus hear some music, watch a parade and take in other events.

“It’s the world show for donkeys and mules,” said Horse Barn Manager Kelli Davis, who led a team of 15 from UC Davis to the event. “The world show is the top of the top.”

Team members don’t often have packing experience, and the Horse Barn offers a chance to learn, practice and make the team, Davis said.

Humans weren’t the only winners.

Protégé is owned by the Department of Animal Science’s Horse Barn in the College of Agricultural and Environmental Sciences. The mule team is supported by the Horse Barn and the Motherlode unit of the Backcountry Horsemen of California.

Inside the Kueltz Lab at UC Davis