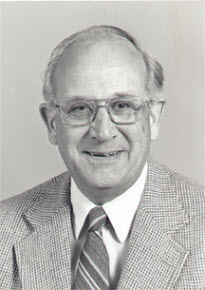 Howard Kratzer was born in Baldwinsville, New York, where he grew up on the family farm and attended a one-room schoolhouse until 8th grade. In 1935 he graduated from Baldwinsville High School and entered Cornell University, majoring in animal science.

In 1940 he came to UC Berkeley to attend graduate school in poultry nutrition. He received his PhD in 1944 and then taught for a year at Colorado State University before joining the faculty of the Poultry Husbandry Division at UC Davis in 1945. At that time students attended both Berkeley and Davis to attain their agricultural degrees and instructors also taught on both campuses. Howard met Georgina Garbutt at Berkeley and they married in 1946.

Howard taught classes in avian and general animal nutrition. His research included avian nutrition with an emphasis on the growth and reproduction of turkeys and chickens, analysis of amino acid interactions on poult and chick growth, and various aspects of mineral metabolism in turkeys and chickens. He strove to gain an understanding of the basic physiological and biochemical phenomena involved in animal nutrition.

Dr. Kratzer served as chair of the Department of Avian Sciences from 1976-1981. In addition to many other awards, he was made a fellow of the American Association for the Advancement of Science in 1952, the Poultry Science Association in 1983, and the American Society for Nutrition in 1987. He served as Associate Editor of Journal of Nutrition from 1969-1979, and served on a National Research Council subcommittee on poultry nutrition.

Howard and his wife, Georgie, were active in community affairs such as the American Field Service high school exchange program, International House, Loaves and Fishes, and the Davis Community Church.