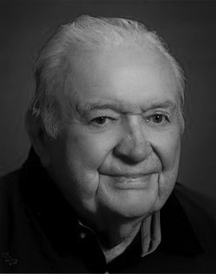 Robert was born October 27, 1921 in South Carolina, the son of Samuel and Lynwood (Gibson) Touchberry. Bob proudly served in the U.S. Army during WWII. He graduated from Clemson University, class of 1944. Bob received his Master of Science and Ph.D. in animal breeding and genetics at Iowa State University in 1947-48.

He was a Fulbright Research Fellow in Denmark (1956-57) and served at the Atomic Energy Commission in Washington, D.C. (1967-68). Bob was involved in animal breeding and agriculture for over 44 years until his retirement from university academics in 1992.He remained involved in professional agricultural societies (ASAS, ADSA), and the family farms in Iowa and South Carolina. His giving to universities continues to aid the success of ag students. Bob was active in the National Alliance for the Mentally Ill (NAMI) in California and Iowa.

He married Caroline Fuhrmeister on September 1, 1948 at St. John’s Lutheran Church in Ely. Bob was a member of the Ely American Legion and First Presbyterian Church near Ely.