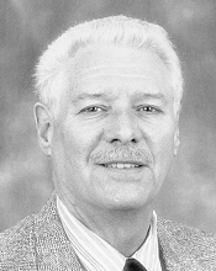 John C. Voris, a UC ANR Cooperative Extension poultry specialist and aviculturist, died on March 19, 2015 in Clovis. He was 81.

Voris joined UCCE in the Department of Animal Science at UC Davis in 1982 and worked with San Joaquin Valley turkey producers until he retired in 1999.

Based at the Kearney Agricultural Research and Extension Center near Parlier, Voris helped San Joaquin Valley farmers face a formidable obstacle to the industry's expansion: resistance from neighbors. He worked with the turkey industry to develop a set of guidelines for locating turkey facilities that became an ordinance in Fresno County and is used by planners in Kings, Tulare, Merced and Madera counties. The pamphlet “Development of Poultry Guidelines to Regulate Interface with Neighbors” includes a “windshed diagram,” a transparent guide that can be placed on maps to determine which areas will be impacted by odors from a proposed new facility.

Voris also researched the composting of dead turkeys and the application of that compost to crops, as well as turkey management and waste management.

Prior to working for UC, he worked for 25 years with Nicolas Turkey Breeding Farm in Sonoma.

Voris is survived by daughters Delfina and Linda, brother James and former wife Viola. A memorial service will be held in Sonoma in the summer.